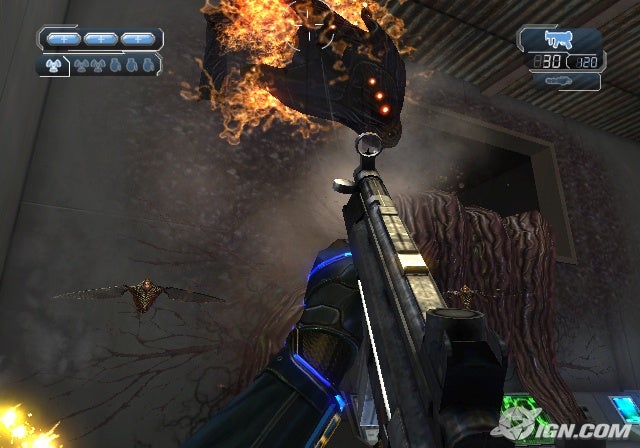 Hey all, I posted earlier this week or so that I was moving my gamer blogs to a different site, while this is probably still true, I’m not sure Cheap Ass Gamers gonna be the site to host them, too many limits (no pictures, no videos, character limit, no HTML, etc.) so, I’m still looking around.. until then, I’m posting at least one more.. yay for you right?.
Anyways, With the massive wave of sequels, movie-tie in games and god awful Shovelware” coming out this year, I wanna express my excitement for a few games that I can’t wait to come out!
First off, we have an indie game… The Conduit

Not a bad looking Indie game huh? This game was announced a while back by High Voltage software a relatively small software company.  This game was not licensed, contracted or anything, it was just something that studio was working on for the Wii.  it wasn’t until JUST recently that the company actually got a publisher to give the game a release date!.  SEGA.  seeing a video of this game in action is impressive to say the least, let alone keeping it in the back of your brain that this is running on a WII.. thats right!.  and it looks pretty good compared to a few 360 games.  this is set to be the best looking Wii game out.  check this video..

Story?.. I dunno.. might sound bad.. but, I’m not interested in the story at all, I think it looks purdy.. If this thing comes through with all the visuals and such that there promising than this could help the Wii.  right now, there are VERY few Wii games that DON’T look like ass.. seriously.  this game can help alot. 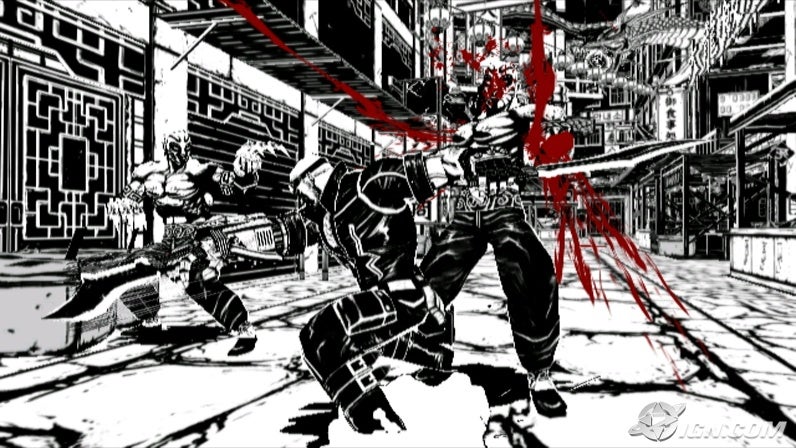 This games visual style is CRAZY.. all done in black and white… except, all the blood.. which .. as you might guess, it’s going to be a crazy amount. This is another being released by Sega and developed by PlatiniumGames.  Not much is known about the story so far, but some hands on previews from editors are getting this one some good feedback.  also, watch this on your Daily news upon it’s release, with how voilent, gory and gritty it is, it’ll be a controversial game.

it’s a 3rd person game where the emphasis is on….killing people.  with whatever you find laying around. it’s very tongue-in-cheek about it’s violence level.

Now on to something I’m really psyched about..

Ghostbusters: The Game.
Thats right, a Ghostbusters game… not just some movie tie in game.. because.. there isn’t a ghostbuster movie coming out (not this year I don’t think.)  How this game came about is kinda interesting.. I’ll share. 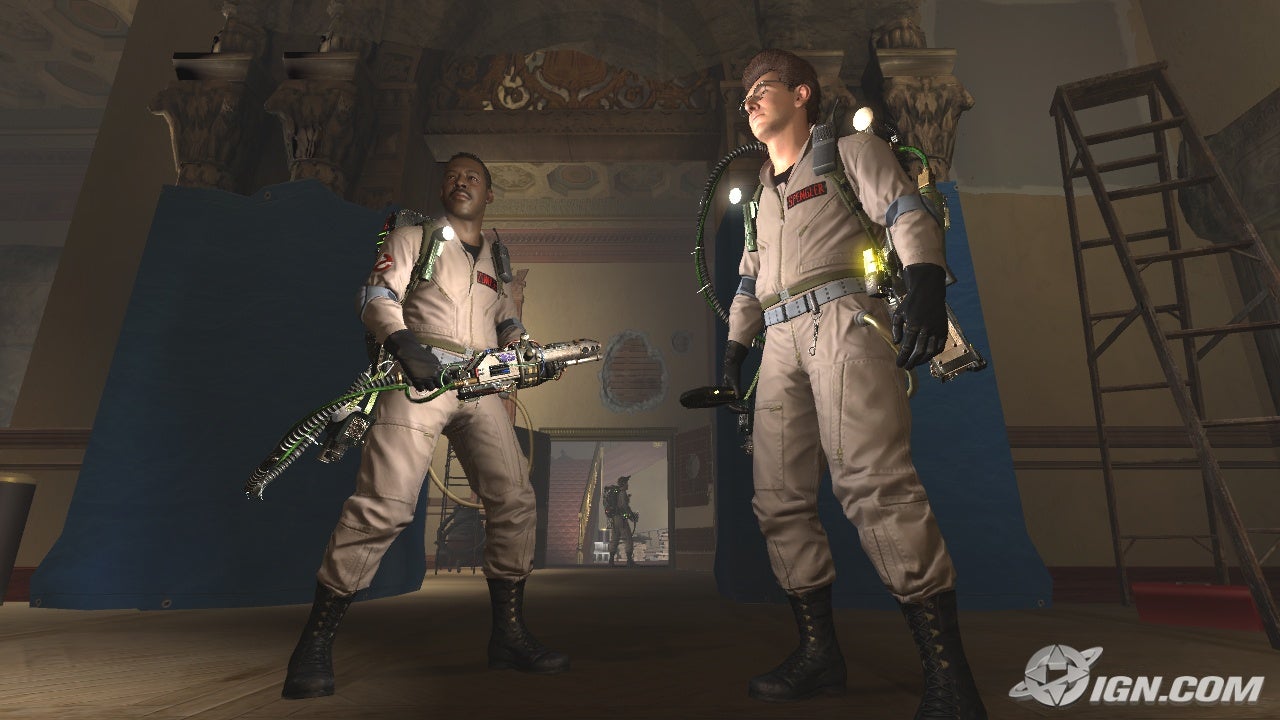 Harold Ramis and Dan Akroyd wrote a new Ghostbusters script a while back and pitched it to the studios… the studios, back then.. deciding crap was the “in” thing (remember 2005 movies?! *shudder*) passed on it.. only later to start a re make with a “hip” new cast. (BLASPHEMY!)  So, the group, pitched it to some game studios!.  needless to say, it was jumped on!.  and they started work.
Well, in 2008, the original publisher merged with another publisher you may know of (Blizzard/Activison) in this merge, a few great game ideas where dumped!. Brutal Legends.. and GHOSTBUSTERS!.. only until late 2008 was it finally picked up by Atari again.

Why am I looking forward to ghostbusters?.. me..look forward toa  MOVIE GAME?!?… I know.. but hear me out.  number 1.. this was written by Harold Ramis and Dan Akroyd!. the other guys who wrote the other 2 ghostbusters movies.. 2.) This was meant to be Ghostbusters 3!.  imagine.. not just watching GB3.. but playing it!.. 3.) nearly the enitre original cast is doing the voices for there characters!. The elusive Bill Murray, Harold Ramis, Dan Akroyd, etc etc.  only 2 people aren’t back, Sigorney Weaver (wanted to, but had scheduling conflicts?) and Rick Moranose (retired).  thats amazing right there! 4.) the amount of detail going into this project.. not just in the graphics and sound, but all the little things from the movie.. like “Don’t cross the streams”. obviously, something bad happsn if you do.. “don’t like in the trap!”. etc.  there putting alot of effort into this thing.

I know, a sequel.. I’m a hypocrit.  but.. come on!.  how many fighting games.. GOOD fighting games have come out.  all developers have switched to FPS (first person shooters). … lemme rephrase that.. everyone has switched to WW2-FPS.. *sigh*. Capcom took a risk making another sequel.. Street Fighter 2 is the apex of fighting games, if you take your game seriously, with pride, you don’t just release another.. which, is why they had a hard time MAKING sequels.. (street fighter 2 champion, hyper fighting, super, super turbo, etc etc.) they didn’t want to “ruin” the series.. and just updating it doesn’t really hurt the overall game, because your not hyping a new one only to fail.  Capcom went into this with all guns blazing.  and it worked.
I played this in the arcade in Tokyo.. and, it’s quite possibly the best street fighter.  lets put amazing graphics and style aside.. because if it doesn’t feel l;ike a street fighter game.. it simply isn’t (street fighter ex.. I’m looking at you.)  This feels like SF.. and it feels great, controls are type, responsive, quick.. everything feels right.  forget that it’s “technically” 3d.  it’s more.. 2.5d  fans of street fighter will NOT, I almost guarantee.. will not be disappointed. 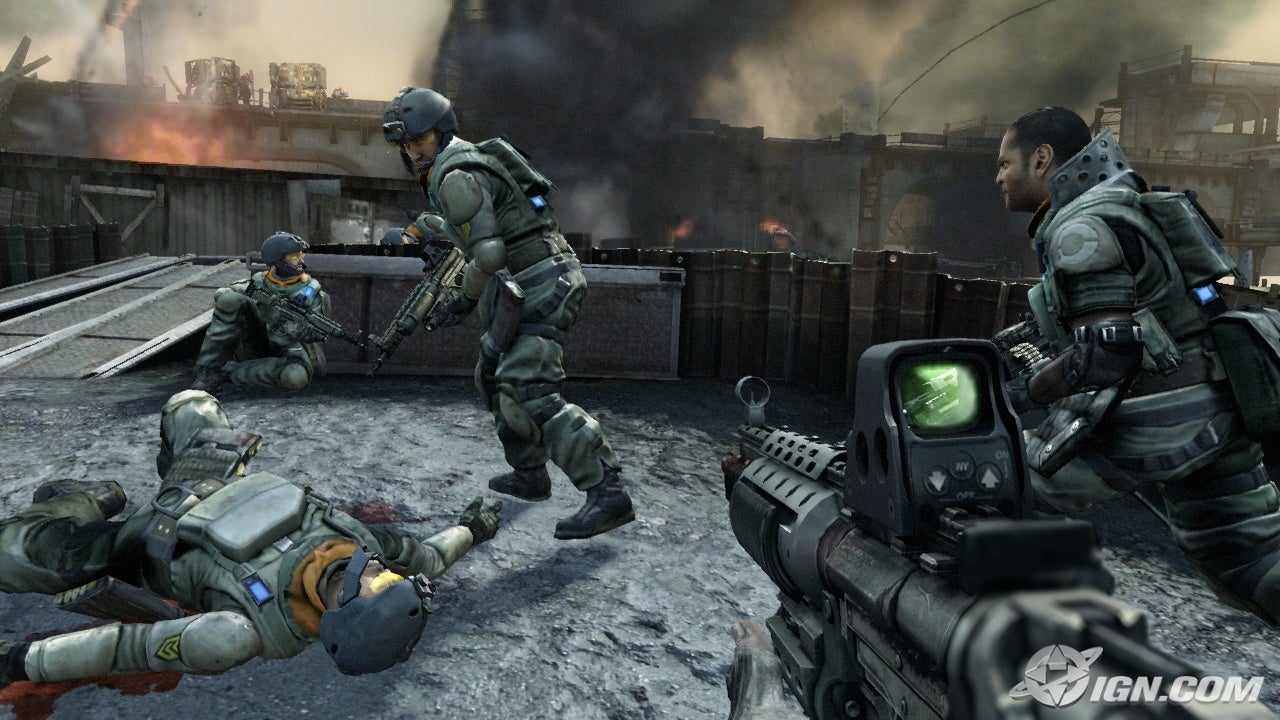 Hands down, the best looking game.. in motion, stills do no justice.
gameplay is great too.. 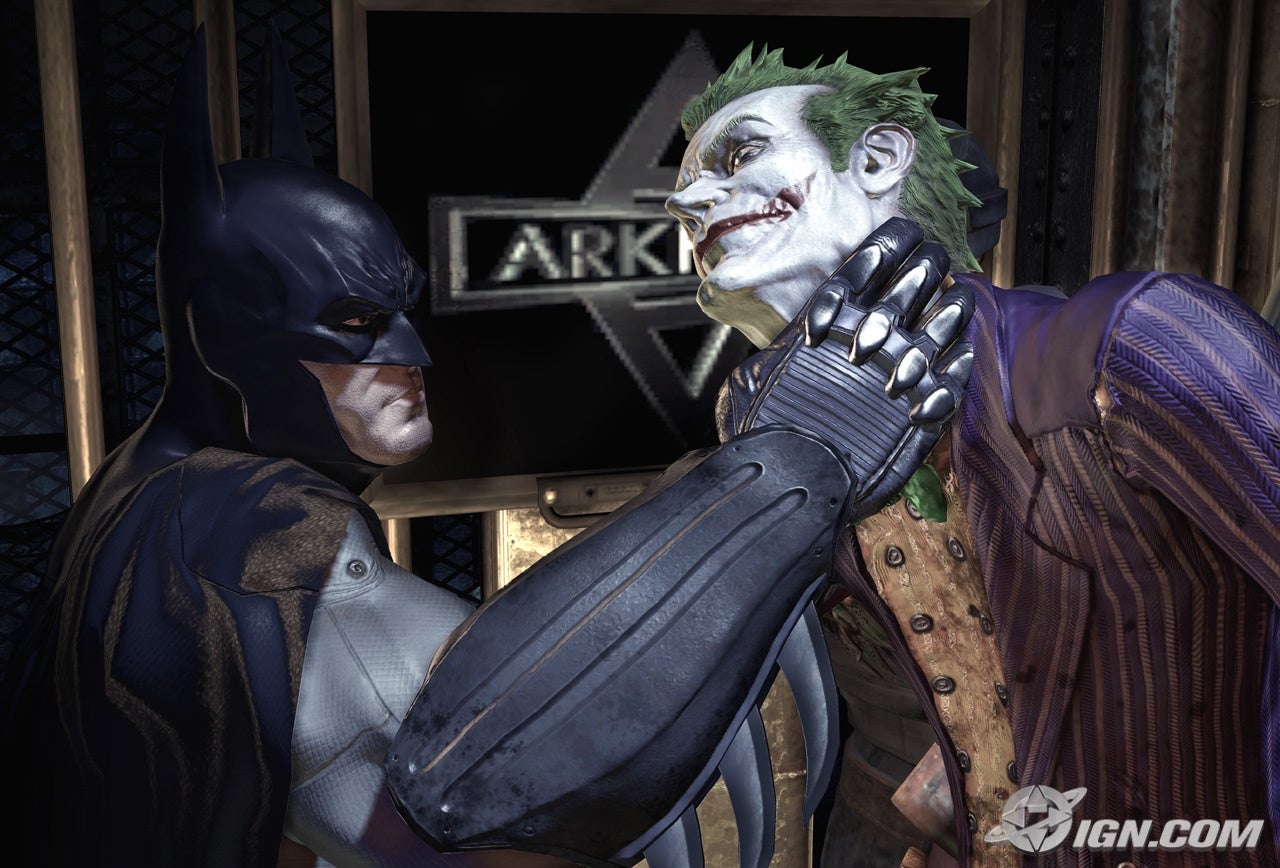 There where 2 batman games in development actually.. the Movie tie in, and this one.. recently, the Movie Tie in was cancelled, this one is still going strong and looks awesome!. I can’t wait for this one!.

Dead Rising 2.
I love the original Dead Rising.. and even though it looks….kinda crappy, sorry to say it capcom, it looks bad.. kinda looking forward to trying “Chop til you Drop” But… Dead Rising 2… man, I can’t wait.  there aren’t even any images or news of how far along in development it is.. there is this though… a rumored viral video of it..

This is the 1st sign that the game is coming along!..

Anyway, thats my list of games I can’t wait to play (play again.) hope you enjoyed.

Top 5 movies that SHOULD have a game.
Gentlemen, We can rebuild him[it]…Pt.1